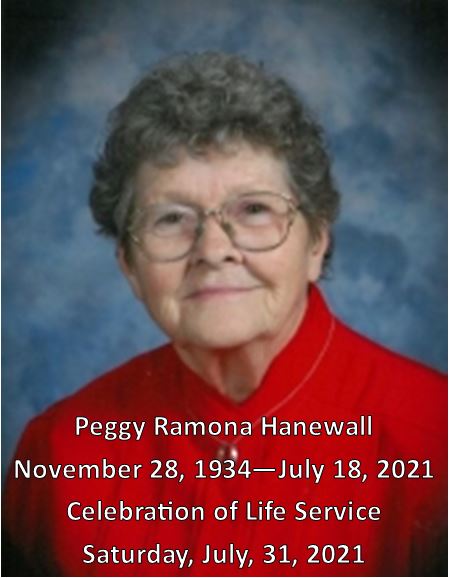 In my Father's house are many rooms. And if I go and prepare a place for you, I will come again and will take you to myself, that where I am, you may be also.”

On July 18, 2021, Christ fulfilled His promise, returning to take Peggy to join Him in the “room” that He had prepared for her and she was reunited with her husband, John, in our Father's heavenly kingdom. Peggy passed away peacefully at Rock Haven Nursing Home after battling Lewy Body Dementia for several years.

Peggy was born on November 28, 1934 in Norfolk, Virginia to Walter and Elsie Rindfliesch. She was raised in a Marine Corps family, along with her sister, Joyce, and her brother, Tuffy, (Walter Jr.), living in Virginia, Hawaii, and Florida.

Born and raised in the South, Peggy exemplified a true "steel magnolia" long before the 1989 movie made the phrase fashionable. In 1972, after having moved from place to place while John served in the Marine Corps for almost 30 years, they finally retired to Janesville, where they purchased their very first home. John and Peggy loved their home that they lived in for almost 45 years and treasured their wonderful and loving neighbors, Jerry and Nona Dillon, who lived next door during these “golden” years.

Peggy learned sign language so she could teach Bible School at a church for the deaf in Delavan. But perhaps her “crowning achievement”, was developing her clown persona, “P. Mima”. She joined “Cousin Otto Alley” out of Delavan, where she honed her skills and developed a wonderful friendship with Red and Virginia Dahl, whom she and John would share their retired years, traveling, clowning and treasuring their friendships. She loved attending the Midwest Clown Association Roundups and clowned for close to 40 years. She was a devout member of St. Mark Lutheran Church and loved teaching Sunday School, Vacation Bible School and the “TA-DA Celebrations” after Easter Sunday.

While their father, John, infused the “gift of fury and competition” in his children, Peggy introduced her children, and later her grandchildren, to the world of imagination and creativity, by writing her own children’s books instilling life lessons, sewing homemade Halloween costumes, creating homemade games, to what might have been one of her “shining moments”, pinnacle success”, staging a "full blown" circus in her own backyard starring her grandchildren, for parents, neighbors and a variety of guest.

The family wishes to thank the wonderful staff at Rock Haven, where she resided for the past 3 years and the caring staff of Heartland Hospice.

And while we mourn her passing, we rejoice in knowing that she has rejoined John, and has moved into her “eternal room” and finally met her Savior, Jesus Christ, to whom she devoted her life to serving.

A “Celebration of Life” will be held on Saturday, July 31, 2021 at ST. MARK LUTHERAN CHURCH, Janesville with visitation from 9 to 10 a.m. and services to follow at 10 a.m. Pastor Brad Urlaub and Pastor Dean Pittelko will officiate. The family will meet friends in the CHURCH FELLOWSHIP HALL following the services for a time to celebrate Peggy’s life. Peggy will be interred in Milton Lawns Memorial Park.